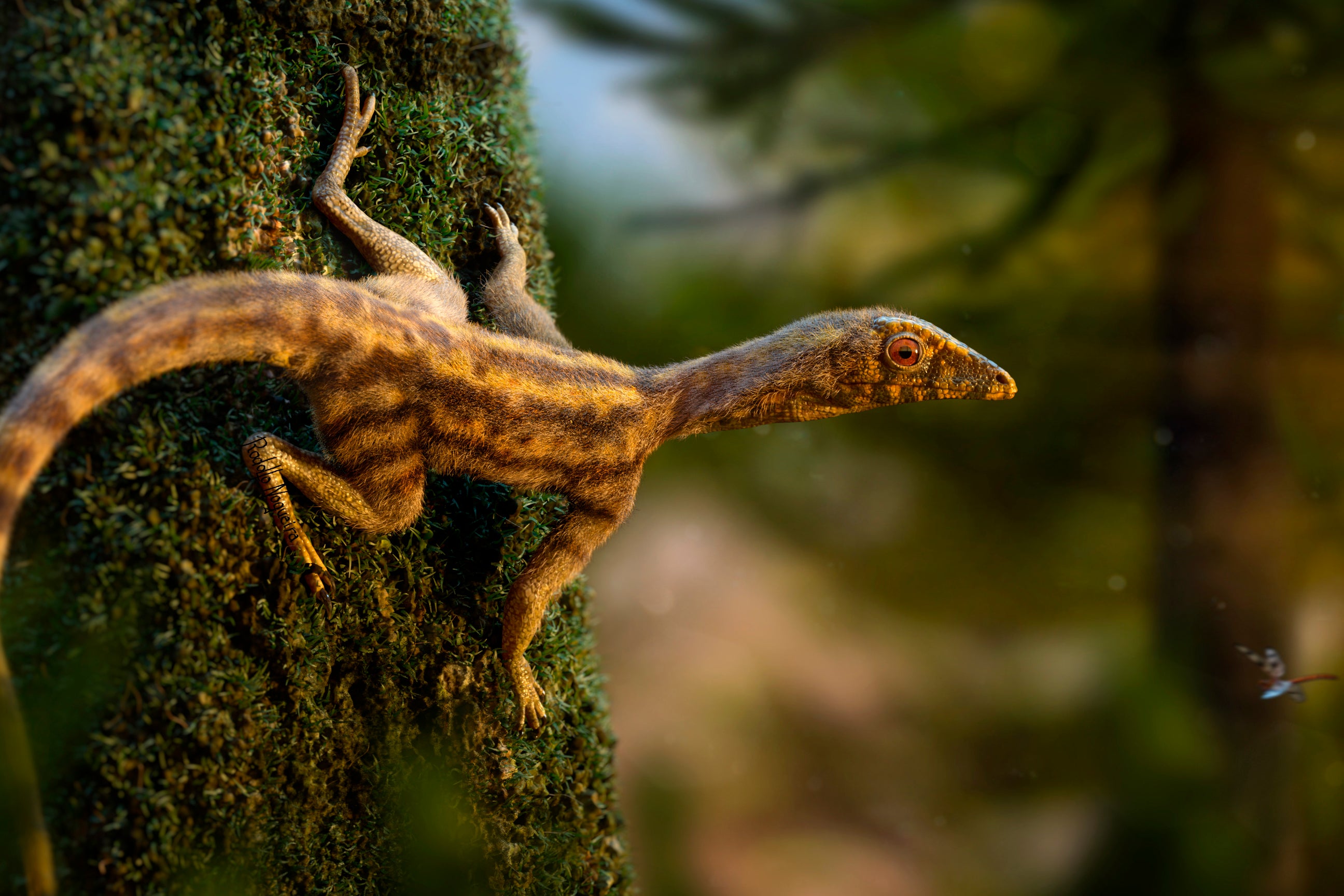 For more than 160 million years, pterosaurs soared over the earth. They were as much a part of the Age of Reptiles as dinosaurs were, and they were the first vertebrates to fly by flapping. But how did these leathery-winged creatures evolve to take to the air in the first place? Paleontologists have puzzled over this question for more than a century. Thanks to new fossil evidence from locales as far apart as New Mexico and Argentina, the forerunners of pterosaurs are finally coming into view.

Until now, precisely what these predecessors looked like was anyone’s guess. “Pterosaurs appear in the fossil record as pterosaurs,” with no consensus on what reptiles they evolved from, says Virginia Tech paleontologist Sterling Nesbitt. Part of the problem is that pterosaurs and their forerunners were very delicate. “Pterosaurs are extremely fragile,” says paleontologist Natalia Jagielska of the University of Edinburgh in Scotland, who was not involved in the new research. And skeletal adaptations that were important for flight—such as ultralight hollow bones—also made pterosaurs and their precursors especially vulnerable to the forces involved in fossilization, which can destroy parts of the skeleton and flatten preserved bones. Only very particular, and relatively gentle, environmental circumstances allowed pterosaurs to become fossilized clearly enough to study.

A new analysis, published by Nesbitt, Martín Ezcurra and their colleagues on Wednesday in Nature, proposes that a group of lanky, slender reptiles called lagerpetids were close relatives of pterosaurs. The fossils of these strange, wingless animals already show traits shared with the flying reptiles, offering what the researchers call a rough image of what pterosaur predecessors were like.

Lagerpetids, first described in the 1970s and represented by reptiles such as Lagerpeton in Argentina and Dromomeron in New Mexico, are enigmatic animals. They have long been thought to be relevant to the origins of dinosaurs—or at least to the larger group that both dinosaurs and pterosaurs belong to. Through new discoveries of skull material, as well as high-resolution CT scans, Nesbitt and his co-authors propose that lagerpetids are most closely related to pterosaurs. Thus, these reptiles, which lived between about 237 million and 201 million years ago, offer an outline of what the ancestor of pterosaurs may have looked like. “Lagerpetids would have the basic body form and skull anatomy of what we think was the common ancestor of pterosaurs and lagerpetids,” Nesbitt says, adding that “lagerpetids are essentially flightless pterosaurs.”

“I think the new study and hypothesis certainly hit the mark,” says paleontologist Liz Martin-Silverstone of the University of Bristol in England, who was not involved in the paper. Not only does the hypothesis fit the timing of when pterosaurs must have evolved, but anatomical details from all over the lagerpetid skeleton match up with early pterosaurs.

The connections go beyond the skeleton. Lagerpetids and pterosaurs also share some peculiar brain and inner-ear anatomy, hinting that abilities important to flight—such as coordinating movements of the head, eye and neck—evolved while the latter reptiles’ ancestors were still on the ground. “The presence in lagerpetids of neuroanatomical features that were previously linked to the origin of flight in pterosaurs indicates that they instead appeared before the acquisition of flight and were exploited later by pterosaurs, allowing them to conquer the skies,” says Ezcurra, a paleontologist at the Bernardino Rivadavia Natural Sciences Argentine Museum and the University of Birmingham in England.

The task ahead is to look for the remains of earlier pterosaurs, and for fossils of creatures with transitional features between the lagerpetids and pterosaurs. The new study changes what experts will be looking for. Previously, Jagielska says, they sought small reptiles with elongated arms or legs that looked like they might be evolving wings. But now, in considering lagerpetids as pterosaur relatives, what paleontologists expect a protopterosaur to look like has shifted: the new targets are nimble reptiles with keen sight and the ability to move their heads quickly. “This paper changes the status quo and improves our understanding of evolutionary patterns in the Triassic,” Jagielska says.

Based on the novel hypothesis, there was a gap of about 18 million years between lagerpetids and the earliest pterosaurs. Although paleontologists have been searching in this geologic window for a long time, Martin-Silverstone says, the study is likely to change what sorts of animals they examine within it. “The new material of lagerpetids is three-dimensional and well-preserved” rather than flattened, Nesbitt says. This provides a better comparative basis for future finds. Coming fieldwork may uncover such creatures, which would provide the critical evidence for this hypothesis to take wing.

Comet NEOWISE Could Be Spectacular: Here’s How to See It

Share this on WhatsApp This month a cosmic visitor is gracing the skies. A comet swept past the sun on July 3, and it has since become visible to the naked eye. The rare opportunity to glimpse the chunk of ancient ice from the outer solar system should continue next week, when astronomers hope it […]

Share this on WhatsApp Tinnitus, the perception of phantom noises in the absence of actual sound, affects millions of people around the world. According to one recent assessment, approximately one in 10 adults in the U.S. experiences tinnitus—and in nearly a quarter of these individuals, symptoms last for more than 15 years. Those with tinnitus […]

On Racial Justice, Statements Are Not Enough

Share this on WhatsApp By now, you have received a statement about the current state of race relations from almost every institution and organization that you are affiliated with. Like me, you may be asking yourself: Will these statements mean anything? Will these organizations actually do something? Universities and scientific organizations are not just expected […]

Thousands of Coronavirus Tests Are Going Unused in U.S. Labs

Beijing district in 'wartime mode' amid spike in COVID-19 cases

Is there Really Life on Venus? There’s Only One Way to Know for Sure

India Records Its Biggest Single Day Spike In The Number Of Coronavirus With 3,900 Cases

Posted on June 16, 2020 Author Admin
We use cookies on our website to give you the most relevant experience by remembering your preferences and repeat visits. By clicking “Accept”, you consent to the use of ALL the cookies.
Cookie settingsACCEPTREJECT
Manage consent