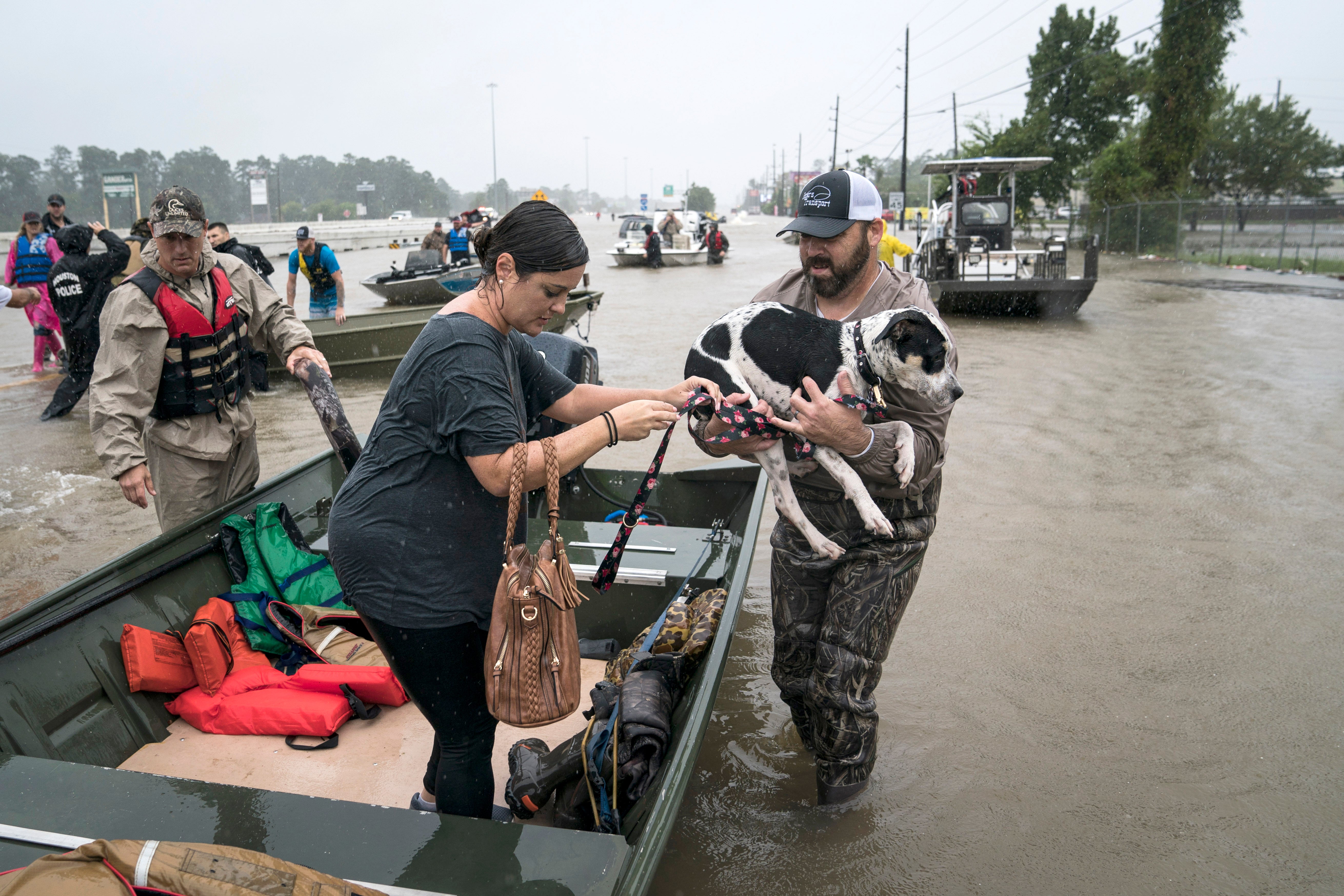 Emergency officials have long pondered how to convince the public to follow evacuation orders.

Now they have an answer.

Bombard the public with images of blazing wildfires and crashing waves.

Warn that people who stay home will have no electricity, water or emergency rescue.

Remind everyone of the most recent disaster to hit their community—and how miserable it was.

Assigned by the Federal Emergency Management Agency, Freeman and a team of Argonne researchers analyzed 127 studies of evacuation strategies and summarized their findings in a report published recently by FEMA.

The 52-page review aims to help officials craft messages that convince people to heed evacuation orders. It emphasizes the power of doomsday images, social cues such as watching neighbors evacuate, and messages laced with words like “dangerous” and “emergency.”

The report also provides fascinating insight into the human psyche.

Women are far more likely than men to evacuate or take protective actions to shelter in place, researchers have consistently found.

People who consider themselves individualists often think warnings are overblown and prefer the “stay-and-defend” strategy over evacuation. Such people are “more likely to be men,” Argonne researchers found.

Parents with children at home agonize over whether to evacuate and often delay making a decision.

Families with pets at home often refuse to evacuate because they fear they will be barred from emergency shelters or other accommodations.

Some studies have shown that people with lower education and income levels are less likely to evacuate, possibly because they feel they cannot afford to stay in a hotel.

“We know that people don’t necessarily follow an evacuation order,” Freeman said. “We wanted to provide emergency managers with research-based strategies to help them create more effective communications with their communities.”

“In addition to emergency managers,” said Kyle Pfeiffer, director of Argonne’s National Preparedness Analytics Center, “the audience here is decision-makers—elected and appointed officials who are deciding about issuing evacuation orders. Hopefully, they’ll understand the implications of their decisions.”

Evacuation orders are a serious business.

Major U.S. hurricanes have killed 6,500 people since 1980, according to NOAA. The leading cause of death is surging water, not howling winds. People drown in their homes while they shelter in place and in cars as they make ill-fated attempts to flee.

When Superstorm Sandy hit the Northeast in 2012, roughly half of the 159 deaths were due to drowning. Half of the drowning deaths occurred in homes that were in areas under mandatory evacuation orders, the federal Centers for Disease Control and Prevention found.

Many studies have shown that people widely ignore evacuation orders—particularly those deemed “voluntary”—and have provided ample insight into the reasons.

“It’s OK to make people raise their concern. But it has to be married with their ability to control the danger,” Freeman said. “There’s research that if you try to scare people too much, people are going to zone out.”

One memorable scare tactic occurred during Hurricane Katrina when authorities told people to write their Social Security numbers on their skin if they refused to evacuate. “Research is inconclusive on how effective that was,” Pfeiffer said.

“You have to make people concerned and believe the risk is real,” Freeman said, “but you can’t do it in an over-the-top way.”

Share this on WhatsApp Warmer oceans are putting stress on corals—and causing many of them to turn white, or bleach. But some corals under stress are instead becoming strangely colorful, turning brilliant neon pink, yellow, purple or blue.  “They give this very vibrant coloration which really blows you away.” Jörg Wiedenmann heads the University of […]

Share this on WhatsApp NASA is considering whether to rename its flagship astronomical observatory, given reports alleging that James Webb, after whom it is named, was involved in persecuting gay and lesbian people during his career in government. Keeping his name on the US$8.8-billion James Webb Space Telescope (JWST)—set to launch later this year—would glorify […]

Our Health Depends on Our Homes and Work Spaces

Share this on WhatsApp When COVID-19 hit the U.S., most of us became homebodies. Journalist Emily Anthes was thus propitious in the timing of her new book, The Great Indoors: The Surprising Science of How Buildings Shape Our Behavior, Health, and Happiness (Scientific American/Farrar, Straus and Giroux). You may distract yourself from cabin fever by […]

“I’m shooting a film in Shillong for the first time in my career!”, says Ayushmann Khurrana on filming his next, Anek : Bollywood News

Salman Khan to wrap up Antim – The Final Truth with a song ‘Bhai Ka Birthday’ with Aayush Sharma : Bollywood News

Stay Put Together for Fat Thursday in Cologne and Duesseldorf

Time to move from generics to specifics

Posted on January 8, 2021 Author Admin
We use cookies on our website to give you the most relevant experience by remembering your preferences and repeat visits. By clicking “Accept”, you consent to the use of ALL the cookies.
Cookie settingsACCEPTREJECT
Manage consent