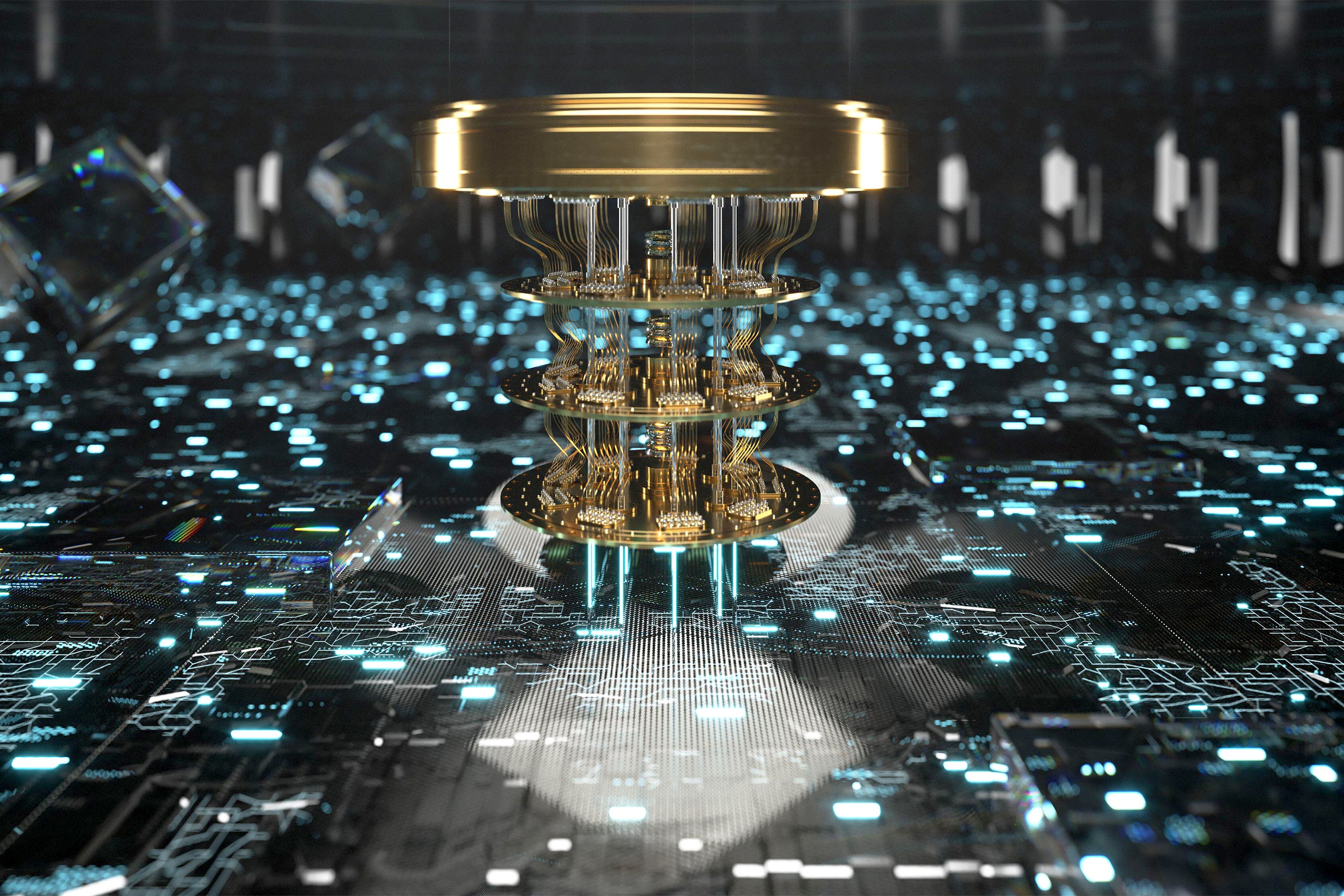 A team of researchers in China has unveiled a technique that—theoretically—could crack the most common methods used to ensure digital privacy, using a rudimentary quantum computer.

The technique worked in a small-scale demonstration, the researchers report, but other specialists are sceptical that the procedure could be scaled up to beat ordinary computers at the task. Still, they warn that the paper, posted late last month on the arXiv repository, is a reminder of the vulnerability of online privacy.

Quantum computers are known to be a potential threat to current encryption systems, but the technology is still in its infancy. Researchers typically estimate that it will be many years until quantum computers can crack cryptographic keys—the strings of characters used in an encryption algorithm to protect data—faster than ordinary computers.

Researchers realized in the 1990s that quantum computers could exploit peculiarities of physics to perform tasks that seem to be beyond the reach of ‘classical’ computers. Peter Shor, a mathematician who is now at the Massachusetts Institute of Technology in Cambridge, showed in 1994 how to apply the phenomena of quantum superposition—which describes the ability of atomic-sized objects to exist in a combination of multiple states at the same time—and quantum interference, which is analogous to how waves on a pond can add to each other or cancel each other out , to factoring integer numbers into primes, the integers that cannot be further divided without a remainder.

Shor’s algorithm would make a quantum computer exponentially faster than a classical one at cracking an encryption system based on large prime numbers—called Rivest–Shamir–Adleman, or RSA, after the initials of its inventors—as well as some other popular cryptography techniques, which currently protect online privacy and security. But implementing Shor’s technique would require a quantum computer much larger than the prototypes that are available. The size of a quantum computer is measured in quantum bits, or qubits. Researchers say it might take one million or more qubits to crack RSA. The largest quantum machine available today—the Osprey chip, announced in November by IBM—has 433 qubits.

Shijie Wei at the Beijing Academy of Quantum Information Sciences and collaborators took a different route to beat RSA, based not on Shor’s but on Schnorr’s algorithm—a process for factoring integer numbers devised by mathematician Claus Schnorr at Goethe University in Frankfurt, Germany, also in the 1990s. Schnorr’s algorithm was designed to run on a classical computer, but Wei’s team implemented part of the process on a quantum computer, using a procedure called the quantum approximate optimization algorithm, or QAOA.

In the paper, which has not yet been peer reviewed, the authors claim that their algorithm could break strong RSA keys—numbers with more than 600 decimal digits—using just 372 qubits. In an e-mail to Nature on behalf of all the authors, Guilu Long, a physicist at Tsinghua University in China, cautioned that having many qubits is not enough, and that current quantum machines are still too error-prone to do such a large computation successfully. “Simply increasing the qubit number without reducing the error rate does not help.”

Chao-Yang Lu, a physicist who builds quantum computers at the University of Science and Technology of China in Hefei and who was not involved in the project, says that running the QAOA algorithm on such a small machine would require each of the 372 qubits to work without errors 99.9999% of the time. State-of-the-art qubits have barely reached 99.9% accuracy.

The team demonstrated the technique on a 10-qubit quantum computer to factor the more-manageable, 15-digit number 261,980,999,226,229. (It splits into two primes, as 15,538,213 × 16,860,433.) The researchers say this is the largest number yet to have been factored with the aid of a quantum computer—although it is much smaller than the encryption keys used by modern web browsers.

The trouble is, no one knows whether the QAOA makes factoring large numbers faster than just running Schnorr’s classical algorithm on a laptop. “It should be pointed out that the quantum speedup of the algorithm is unclear,” write the authors. In other words, although Shor’s algorithm is guaranteed to break encryption efficiently when (and if) a large-enough quantum computer becomes available, the optimization-based technique could run on a much smaller machine, but it might never finish the task.

Michele Mosca, a mathematician at the University of Waterloo in Canada, also points out that the QAOA is not the first quantum algorithm known to be able to factor whole numbers using a small number of qubits. He and his collaborators described one in 2017. So researchers already knew that there is nothing fundamental that requires quantum computers to be very large to factor numbers.

Other researchers have complained that, although the latest paper could be correct, the caveat regarding speed comes only at the very end of it. “All told, this is one of the most misleading quantum computing papers I’ve seen in 25 years,” blogged quantum-computing theorist Scott Aaronson at the University of Texas at Austin.

In his e-mail, Long says that he and his collaborators plan to change the paper and will move the caveat higher up. “We welcome the peer review and the communication with scientists around the world,” the statement added.

Even if the Schnorr-based technique won’t break the Internet, quantum computers could eventually do so by running Shor’s algorithm. Security researchers have been busy developing a number of alternative cryptographic systems that are seen as less likely to succumb to a quantum attack, called post-quantum or quantum-safe. But researchers might also discover better quantum algorithms in the future that can beat these systems, with calamitous consequences.

“Confidence in digital infrastructures would collapse,” says Mosca. “We’d suddenly switch from managing the quantum-safe migration through technology lifecycle management to crisis management,” he adds. “It won’t be pretty any way you slice it.”

This article is reproduced with permission and was first published on January 6 2023.

Share this on WhatsApp On March 12, 2020, the World Health Organization declared the COVID-19 outbreak a pandemic. A pandemic occurs when a new disease, for which people have no immunity, spreads across the globe, being readily transmitted from person to person. In the last century we’ve had four pandemics, all caused by novel strains […]

Share this on WhatsApp Columbia University researchers are urging the winner of this year’s presidential election to launch a moonshot-style mission to develop new clean energy technologies, a critical step on the path to net-zero carbon emissions. The group, which includes two former Obama energy officials and staff from the nonprofit Information Technology and Innovation […]

Want to Talk to Aliens? Try Changing the Technological Channel Beyond Radio

Share this on WhatsApp The endeavor known as the search for extraterrestrial intelligence (SETI) has long relied on radio telescopes to listen for broadcasts from potential alien callers. Yet in an expansive galaxy such as ours, how can we ever be sure that we have tuned in to the right station? A new model simulating […]

Lawyer of Sheezan Khan claims that Tunisha Sharma was chatting with her Tinder friend 15 mins before her suicide : Bollywood News

Posted on February 4, 2023 Author Admin
We use cookies on our website to give you the most relevant experience by remembering your preferences and repeat visits. By clicking “Accept”, you consent to the use of ALL the cookies.
Cookie settingsACCEPTREJECT
Manage consent