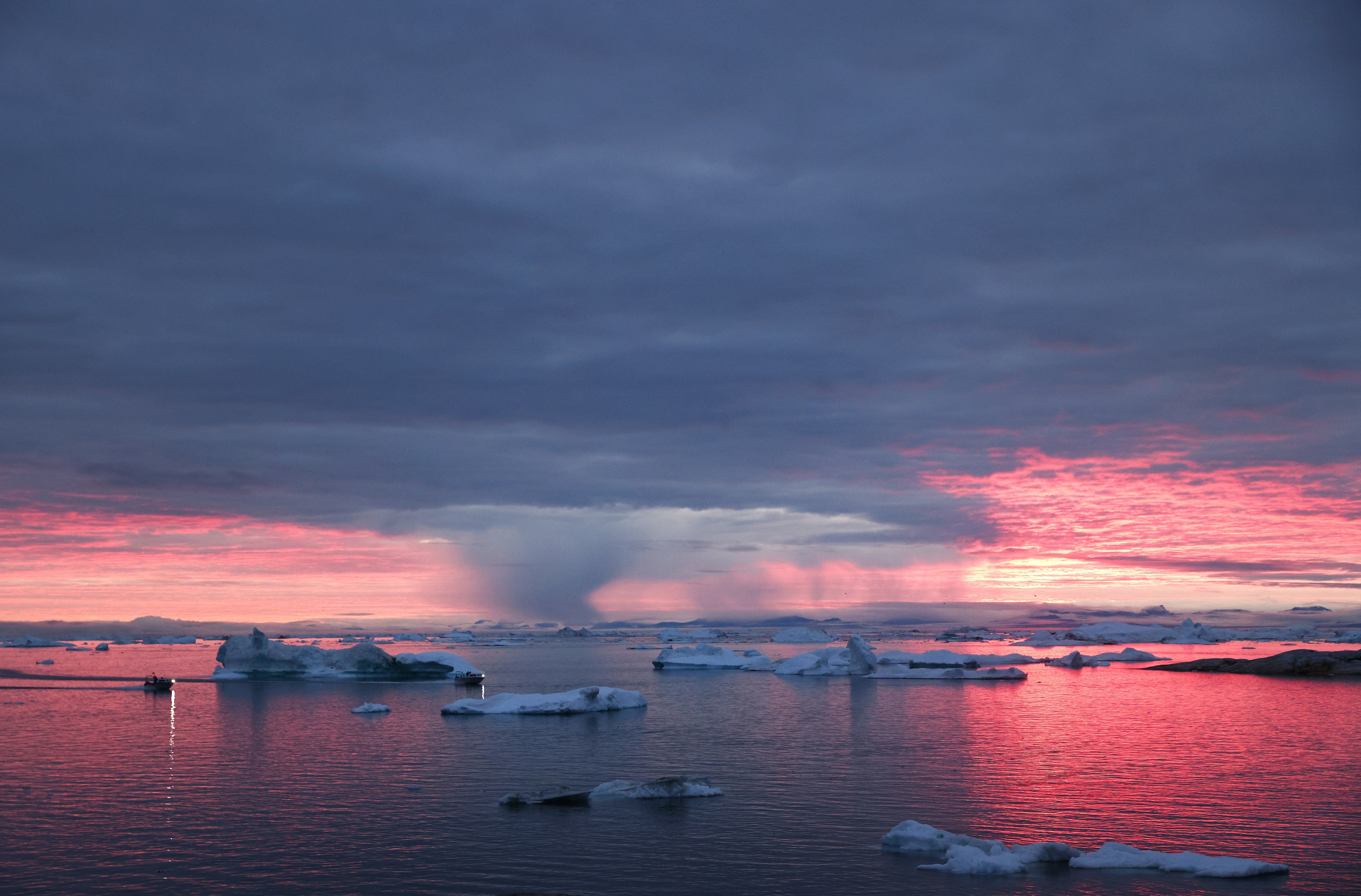 As the Arctic warms and transforms, many of its most iconic, frozen features are dissolving away. Glaciers are melting and trickling into the sea. Sea ice is giving way to open ocean. Permafrost is thawing and turning to mush.

And the snow that caps the extraordinary Arctic environment is increasingly turning to rain.

The gradual shift to a rainy climate isn’t unexpected. But new research now suggests that this transformation may happen faster than earlier studies had predicted.

The new study, published Tuesday in the journal Nature Communications, suggests parts of the Arctic could tip into a rain-dominated regime as early as the 2060s or 2070s, if the world continues to warm at high rates between now and the end of the century. That’s several decades earlier than previous studies had estimated.

The study, led by Michelle McCrystall of the University of Manitoba, relies on the most up-to-date suite of global climate models, developed by researchers all over the world. The new models are better able to simulate Arctic precipitation and offer insights into the ways rain and snow patterns may shift over the coming decades.

The models suggest that the Arctic may warm faster than earlier studies predicted—and that the region’s precipitation patterns may be more sensitive to small amounts of warming than scientists previously suspected.

The main result is that “the newer models show a larger and faster increase in Arctic precipitation, and a quicker transition from snow to rain, than previously projected,” study co-author James Screen, a climate scientist at the University of Exeter, explained on Twitter yesterday.

Even if world leaders manage to meet the goals of the Paris climate agreement—keeping global warming within 2 degrees Celsius, or a more challenging 1.5 C if at all possible—the study finds that parts of the Arctic will still transition to a rainy climate.

At 1.5 C, for instance, the Greenland and Norwegian seas will likely be dominated by rainfall. At 2 C, western Russia and parts of the European Arctic will also transition.

At 3 C, which is closer to the amount of warming the world is currently on track to experience, most regions on the Pacific side of the Arctic shift to a rainy climate.

That’s looking at the entire calendar year as an average. It doesn’t mean there wouldn’t be any snow in these places. Winter is likely to remain snow-dominated across much of the Arctic, even above 3 C of warming.

But other parts of the year, particularly the summer and fall, are likely to shift to rain-dominated systems. It would be a big change for many regions of the Arctic, where temperatures formerly stayed cold year round.

These shifts could have profound consequences for not only the delicate Arctic ecosystem but other regions of the world.

Shiny, white snow helps reflect sunlight away from the planet. Less snow means more sunlight gets absorbed by the earth, speeding up the rate of warming. The melting of snow and ice in the Arctic is a major reason the region is warming so much faster than the rest of the planet.

As the Arctic receives more rain and less snow, it may heat up even faster. That means more thawing permafrost, more melting glaciers and more vanishing sea ice. These changes may vastly alter the Arctic landscape, increasing the odds of floods and landslides.

Certain species of wildlife that are well-adapted to the cold and snow, like caribou or polar bears, may suffer. And new species may migrate in to take advantage of the warmer climate.

At the same time, faster warming and stronger melting on Arctic glaciers and the Greenland ice sheet may speed up the rate of global sea-level rise. And some research suggests that stronger warming in the Arctic may drive changes in atmospheric circulation, altering the flow of major air currents like the polar vortex or the jet stream, in ways that may affect weather patterns across the Northern Hemisphere.

That means the speed of Arctic climate change matters for communities all over the world.

There are still some uncertainties about the exact speed of future Arctic climate change. Some scientists have cautioned that challenges remain when it comes to simulating complex processes like precipitation shifts.

And some of the newest climate models may have a tendency to slightly overestimate the rate of future warming, noted Gavin Schmidt, a NASA climate scientist, in a statement to the United Kingdom’s Science Media Centre commenting on the new study. The Arctic may not warm as fast as some of the models predict, meaning the shift from snow to rain may not actually happen that quickly.

That said, the biggest factor affecting the speed of future Arctic transitions depends on the rate of global climate change. And that hinges on how quickly human societies can reduce their greenhouse gas emissions.

The Arctic may be quickly transforming, but it’s still possible to limit the changes it experiences in the future.

How to Evaluate COVID-19 News without Freaking Out

Share this on WhatsApp Post Views: 0 Whether we are constantly checking the number of new infections, tracking the progress of vaccine trials or “anxiety scrolling” through Twitter, the news surrounding the COVID-19 pandemic can be overwhelming. Sorting the good information from the bad and putting each day’s developments into context are not easy. Carl […]

Share this on WhatsApp Post Views: 2 For more than a decade, astrophysicists have wondered why nature appears to show an odd restraint in the way it slays stars. In life, they range from pip-squeaks to behemoths. Small ones simply burn out and fade away, but something more curious happens to the jumbo-size variety. When […]

A Matter of Time – Scientific American

Share this on WhatsApp Post Views: 5 9 essential facts about the coronavirus pandemic Credit: Scientific American Health & Medicine October 2020 Advertisement The past six months have felt like an eternity for those of us isolating and staying home. And I imagine they’ve also felt like a stressful slog to every essential worker who […]

The benefits of vaccinating against COVID-19 – eTurboNews | Trends

Posted on March 7, 2021 Author
We use cookies on our website to give you the most relevant experience by remembering your preferences and repeat visits. By clicking “Accept”, you consent to the use of ALL the cookies.
Cookie settingsACCEPTREJECT
Manage consent