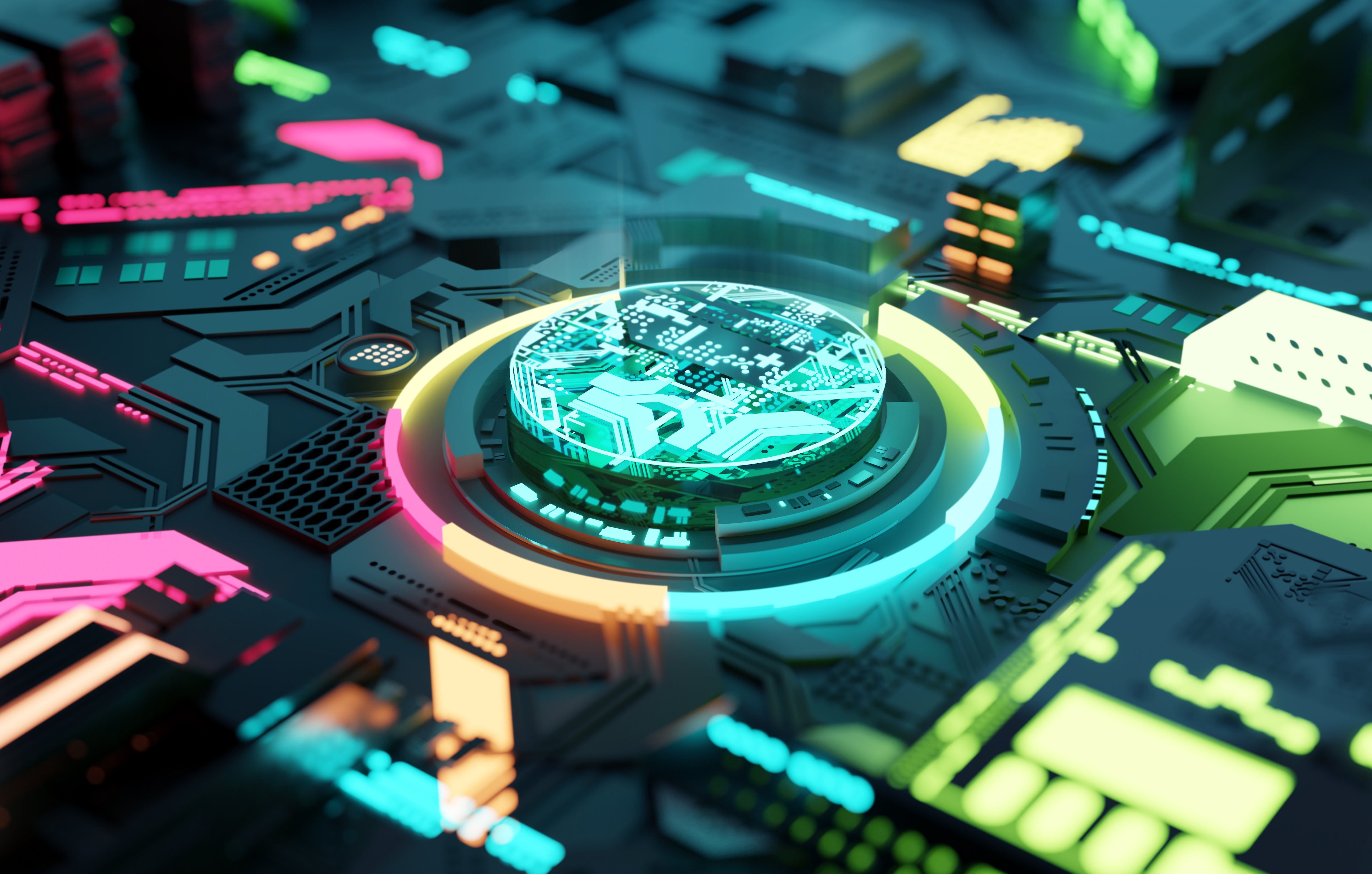 In 2012, the quantum physicist John Preskill wrote, “We hope to hasten the day when well controlled quantum systems can perform tasks surpassing what can be done in the classical world.” Less than a decade later, two quantum computing systems have met that mark: Google’s Sycamore, and the University of Science and Technology of China’s Jiǔzhāng. Both solved narrowly designed problems that are, so far as we know, impossible for classical computers to solve quickly. How quickly? How “impossible”? To solve a problem that took Jiǔzhāng 200 seconds, even the fastest supercomputers are estimated to take at least two billion years.

Describing what then may have seemed a far-off goal, Preskill gave it a name: “quantum supremacy.” In a blog post at the time, he explained “I’m not completely happy with this term, and would be glad if readers could suggest something better.”

We’re not happy with it either, and we believe that the physics community should be more careful with its language, for both social and scientific reasons. Even in the abstruse realms of matter and energy, language matters because physics is done by people.

The word supremacy—having “more power, authority or status than anyone else”—is closely linked to “white supremacy.” This isn’t supposition; it’s fact. The Corpus of Contemporary American English finds “white supremacy” is 15 times more frequent than the next most commonly used two-word phrase, “judicial supremacy.” Though English is the global lingua franca of science, it is notable that the USTC team avoided “quantum supremacy” because in Chinese, the character meaning “supremacy” also has uncomfortable, negative connotations. The problem is not confined merely to English.

White supremacist movements have grown around the globe in recent years, especially in the United States, partly as a racist backlash to the Black Lives Matter movement. As Preskill has recently acknowledged, the word unavoidably “evokes a repugnant political stance.”

“Quantum supremacy” has also become a buzzword in popular media (for example, here and here). Its suggestion of domination may have contributed to unjustified hype, such as the idea that quantum computers will soon make classical computers obsolete. Tamer alternatives such as “quantum advantage,” “quantum computational supremacy” and even “quantum ascendancy” have been proposed, but none have managed to supplant Preskill’s original term. More jargony proposals like “Noisy Intermediate Scale Quantum computing” (NISQ) and tongue-in-cheek suggestions like “quantum non-uselessness” have similarly failed to displace “supremacy.”

What’s in a name? It’s not just that quantum supremacy by any other name would smell sweeter. By making the case for quantum primacy we hope to illustrate some of the social and scientific issues at hand. In President Joe Biden’s letter to his science adviser, the biologist Eric Lander, he asks “How can we ensure that Americans of all backgrounds are drawn into both the creation and the rewards of science and technology?” One small change can be in the language we use. GitHub, for example, abandoned the odious “master/slave” terminology after pressure from activists.

Were physics, computer science and engineering more diverse, perhaps we would not still be having this discussion, which one of us wrote about four years ago. But in the U.S., when only 2 percent of bachelor’s degrees in physics are awarded to Black students, when Latinos comprise less than 7 percent of engineers, and women account for a mere 12 percent of full professors in physics, this is a conversation that needs to happen. As things stand, “quantum supremacy” can come across as adding insult to injury.

The nature of quantum computing, and its broad interest to the public outside of industry laboratories and academia means that the debate around “quantum supremacy” was inevitably going to be included in the broader culture war.

In 2019, a short correspondence to Nature argued that the quantum computing community should adopt different terminology to avoid “overtones of violence, neocolonialism and racism.” Within days, the dispute was picked up by the conservative editorial pages of the Wall Street Journal, which attacked “quantum wokeness” and suggested that changing the term would be a slippery slope all the way down to cancelling Diana Ross’ “The Supremes.”

The linguist Steven Pinker weighed in to argue that “the prissy banning of words by academics should be resisted. It dumbs down understanding of language: word meanings are conventions, not spells with magical powers, and all words have multiple senses, which are distinguished in context. Also, it makes academia a laughingstock, tars the innocent, and does nothing to combat actual racism & sexism.”

It is true that “supremacy” is not a magic word, that its meaning comes from convention, not conjurers. But the context of “quantum supremacy,” which Pinker neglects, is that of a historically white, male-dominated discipline. Acknowledging this by seeking better language is a basic effort to be polite, not prissy.

Perhaps the most compelling argument raised in favor of “quantum supremacy” is that it could function to reclaim the word. Were “quantum supremacy” 15 times more common than “white supremacy,” the shoe would be on the other foot. Arguments for reclamation, however, must account for who is doing the reclaiming. If the charge to take back “quantum supremacy” were led by Black scientists and other underrepresented minorities in physics, that would be one thing. No survey exists, but anecdotal evidence suggests this is decidedly not the case.

To replace “supremacy,” we need to have a thoughtful conversation. Not any alternative will do, and there is genuinely tricky science at stake. Consider the implications of “quantum advantage.” An advantage might be a stepladder that makes it easier to reach a high shelf, or a small head start in a race. Some quantum algorithms are like this. Grover’s search algorithm is only quadratically faster than its classical counterpart, so a quantum computer running Grover’s algorithm might solve a problem that took classical computers 100 minutes in the square root of that time—10 minutes. Not bad! That’s definitely an advantage, especially as runtimes get longer, but it doesn’t compare to some quantum speedups.

Perhaps the most famous quantum speedup comes from Shor’s algorithm, which can find the factors of numbers (e.g. 5 and 3 are factors of 15) almost exponentially faster than the best classical algorithms. While classical computers are fine with small numbers, every digit takes a toll. For example, a classical computer might factor a 100-digit number in seconds, but a 1000-digit number would take billions of years. A quantum computer running Shor’s algorithm could do it in an hour.

When quantum computers can effectively do things that are impossible for classical computers, they have something much more than an advantage. We believe primacy captures much of this meaning. Primacy means “preeminent position” or “the condition of being first.” Additionally, it shares a Latin root (primus, or “first”) with mathematical terms such as prime and primality.

These kinds of linguistic hotfixes do not reach even a bare minimum for diversifying science; the most important work involves hiring and retention and actual material changes to the scientific community to make it less white and male. But if opposition to improving the language of science is any indication about broader obstacles to diversifying it, this is a conversation we must have.

Physicists may prefer vacuums for calculation, but science does not occur in one. It is situated in the broader social and political landscape, one which both shapes and is shaped by the decisions of researchers.

This is an opinion and analysis article.

Share this on WhatsApp Post Views: 1 Wild animals are equipped with a variety of techniques to avoid becoming lunch for a bigger, toothier animal. The most well-known methods include the classic “fight” and “flight,” as well as “freeze”. A team of researchers wondered how proximity to people might impact those survival strategies. “We often […]

Share this on WhatsApp Post Views: 0 As the COVID-19 pandemic rages around the world, shattering our familiar realms of work, education and play, many of us in lockdown face a binary choice: We can hunker down at home, or—when we can’t stand it anymore—take a walk outside. After the crisis began, I witnessed a […]

Share this on WhatsApp Post Views: 2 Originally published in July 1914 Credit: Scientific American Advertisement “Protest against the roller, or common, towel for public use has swept over the entire country, as it is considered a menace to public health. The common towel was succeeded by the paper towel. Now the last word in […]

India closes all monuments and museums due to new COVID wave

Is Hawaiian Culture a Commodity to be horse traded through tourism?

Posted on February 22, 2021 Author
We use cookies on our website to give you the most relevant experience by remembering your preferences and repeat visits. By clicking “Accept”, you consent to the use of ALL the cookies.
Cookie settingsACCEPTREJECT
Manage consent