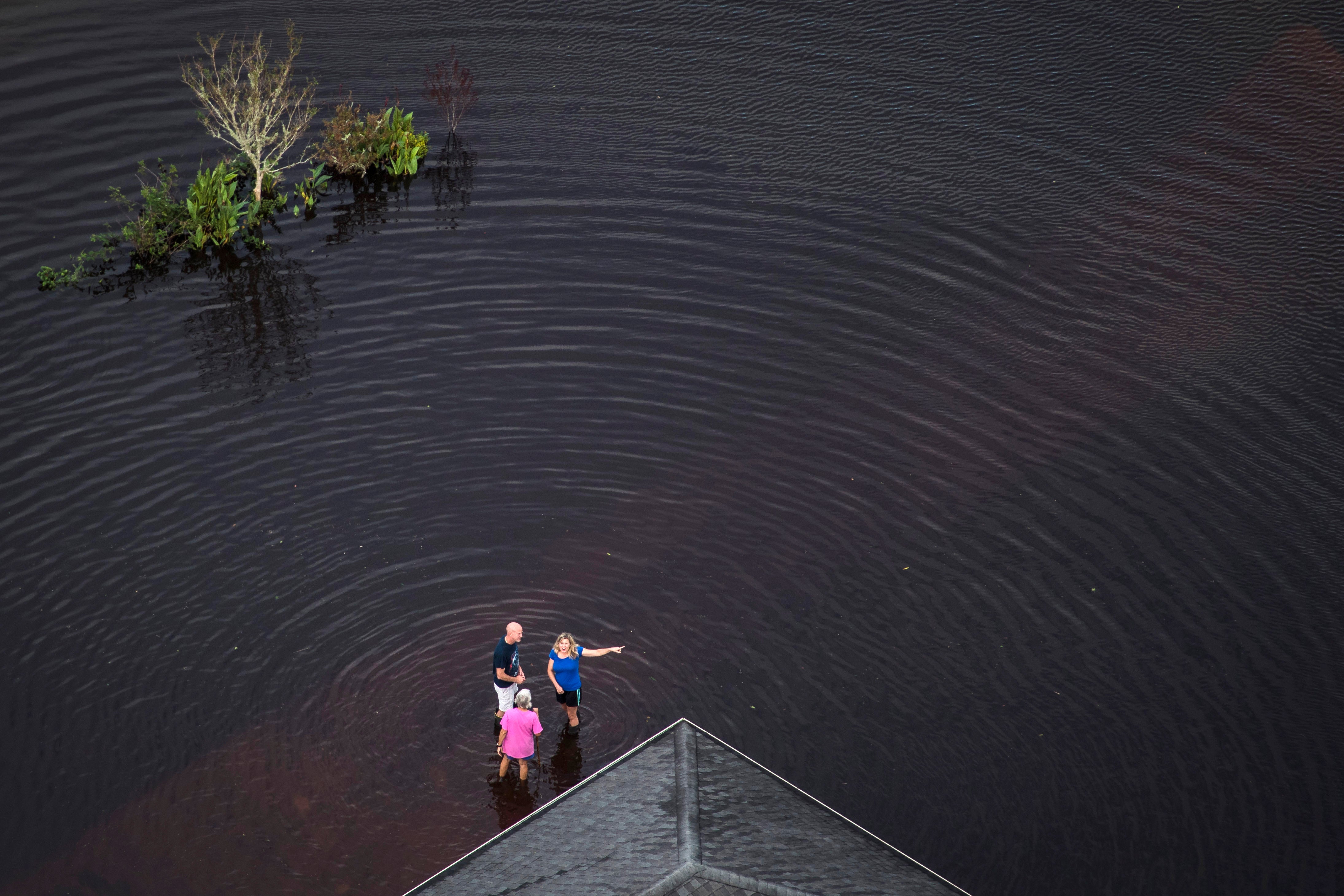 Congress is under pressure to subsidize flood insurance costs for low-income households after the federal government announced last week that it would increase flood insurance premiums for millions of homeowners.

Of the 5 million properties insured by the National Flood Insurance Program, about 3.9 million soon will see a hike in premiums—and 200,000 substantially so. The new rates will go into effect in October for new policyholders and April 2022 for homeowners renewing policies (Climatewire, April 2).

Roughly one-third of NFIP’s 5 million policyholders—nearly 1.7 million households—have an income that is less than 85% of the median income in their region, Maurstad said. He called the income levels “a barrier to closing the insurance gap” of people who live in flood-prone areas but do not have flood insurance.

The problem is not new to lawmakers.

FEMA’s report to Congress in April 2018 found that 26% of the homeowners who have flood insurance and live inside a high-risk flood zone were low income.

The report also found that a stunning 51% of the homeowners who live in a high-risk zone but don’t have flood insurance were low income—and may be deterred from buying coverage because of prices.

FEMA said Thursday that it would raise insurance premiums sharply for roughly 200,000 policyholders as part of the agency’s long-awaited plan to make insurance rates more accurately reflect a property’s flood risk. Many of those 200,000 policyholders own expensive homes in high-risk flood zones and have been paying too little for flood coverage, FEMA says.

But more worrisome are the roughly 3.7 million NFIP policyholders who would see their insurance rates increase moderately—and the millions of other people who don’t have flood coverage and could be deterred from buying policies under FEMA’s new pricing structure.

Not everyone would be hurt by the change. Roughly 1.1 million people would see their insurance premiums decline.

FEMA’s new pricing “will need to be accompanied by an affordability program that Congress must pass to ensure that anyone who needs or wants flood insurance can afford it,” Shana Udvardy, a climate resilience analyst at the Union of Concerned Scientists, wrote in a blog post last week.

Udvardy and other climate advocates praised FEMA for adopting a pricing structure that they say would deter development in flood-prone areas by making insurance more costly in those areas.

The price structure is a “first critical step” to preparing “for the realities of climate change,” Carolyn Kousky, executive director of the University of Pennsylvania’s Wharton Risk Management and Decision Processes Center, wrote in a column Friday in The Hill.

“However,” Kousky added, “it should be accompanied by a congressionally-established affordability program for those in need.”

The average flood insurance policy for someone in a high-risk flood zone costs about $1,100, which includes both the policy premium and fees. For homeowners living outside a flood zone, the cost is about $500 a year. Federal law requires people to have flood insurance if they own a property that is located in a flood zone and is secured by a federally backed mortgage.

FEMA’s report to Congress three years ago on subsidies noted that premium increases “could cause additional affordability challenges for policyholders who are already burdened by the cost of their flood insurance, as well as for potential policyholders.”

The report described a range of approaches to subsidizing insurance premiums including giving subsidies to people based on their income or on the percentage of their income that they spend on housing costs. The options ranged from minimal subsidies of just $34 a year on average to subsidies averaging $1,010 per household.

The subsidies could be funded either by federal taxpayers or by a narrow group encompassing only people who bought flood insurance through the federal program, the report said.

The House Financial Services Committee unanimously passed legislation in 2019 that would have set up a demonstration program of subsidies for low-income households. The measure did not come to the House floor for a vote.

Financial Services Chairwoman Maxine Waters (D-Calif.) has indicated she would try to revive the 2019 legislation this year. But the committee has taken no action so far on flood insurance.

Is there Really Life on Venus? There’s Only One Way Know for Sure

Share this on WhatsApp Post Views: 0 Most people tend to think of Venus as completely uninhabitable, given that its surface temperature hovers around 900 degrees Fahrenheit (480 degrees Celsius), which doesn’t seem very inviting. But I have long championed the idea that life could exist in the thick cloud decks that shroud the planet. […]

How to Fix Science’s Diversity Problem

Share this on WhatsApp Post Views: 0 Growing up in the world of academia, it was impossible to miss the issue of representation in my field. I just had to look around at the faces walking the halls of the elite institutions I was lucky to inhabit. I worked as an undergrad in Yale’s psychology […]

Share this on WhatsApp Post Views: 44 The U.S. currently has the most confirmed COVID-19 infections of any country, with more than 203,000 cases as of Wednesday. New York City has emerged as the outbreak’s newest focal point, with more than 44,900 people testing positive as of that time. And major outbreaks are underway in […]

Explore Authors books you should be reading this month

Expo 2020 in Dubai – Everything Goes According to the Plan

Five million tourists in 2021 will be a success

Protests continue as coronavirus continues to spread in several states

Copa Airlines resumes flights to The Bahamas on June 5, 2021

Posted on May 25, 2021 Author
We use cookies on our website to give you the most relevant experience by remembering your preferences and repeat visits. By clicking “Accept”, you consent to the use of ALL the cookies.
Cookie settingsACCEPTREJECT
Manage consent