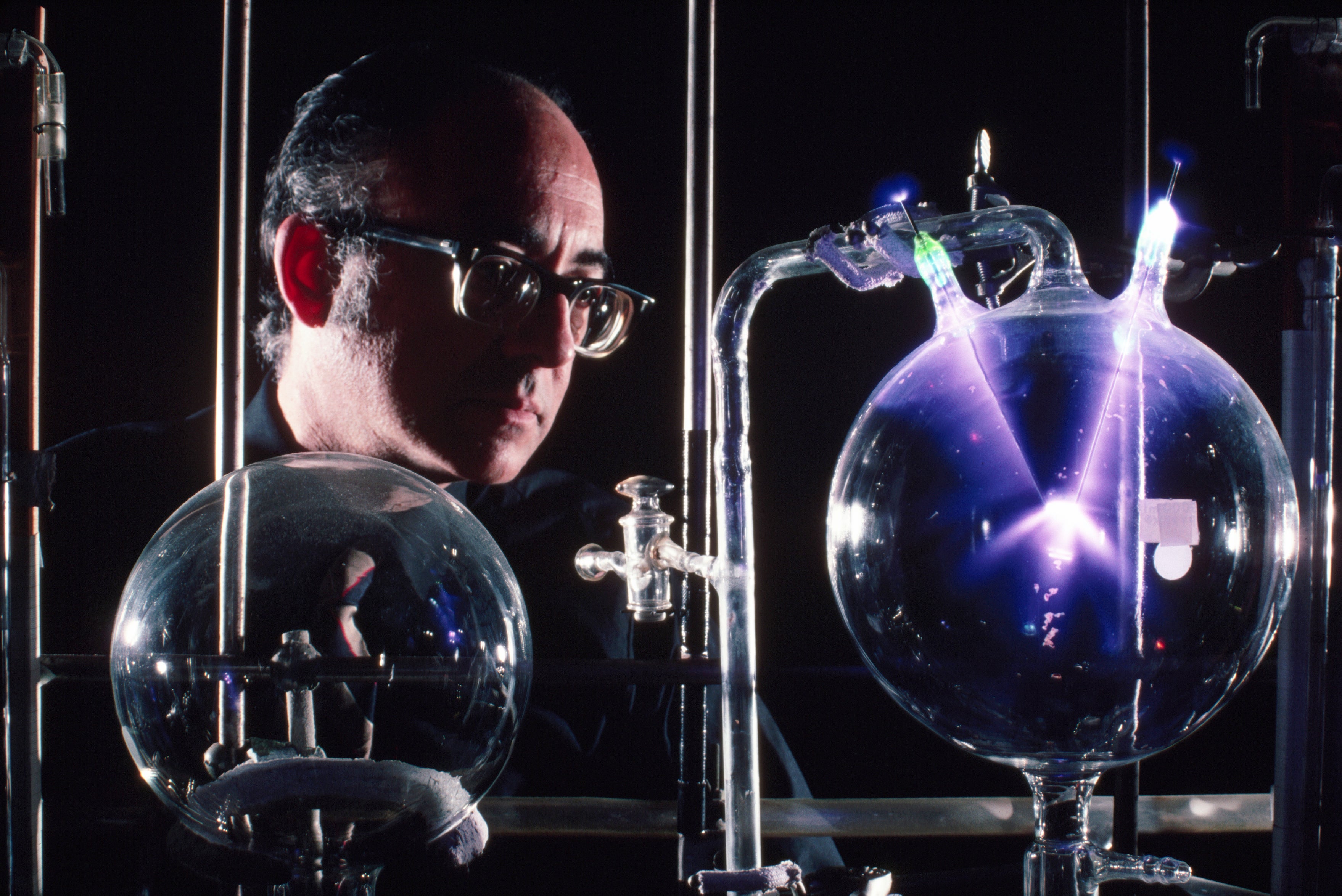 The question of how life came to be has captivated humans for millennia. The prevailing theory now is that on a highly volatile early earth lightning struck mineral rich waters. And that the energy from lighting strikes turned those minerals into the building blocks of life: organic compounds like amino acids. Something we often refer to as the “primordial soup.”

The wide acceptance of this theory is in large part due to the very famous Miller-Urey experiment. You surely encountered this in a science textbook at some point–but to refresh your memory: in 1952 Stanley Miller and Harold Urey simulated the conditions of early earth by sealing water, methane, ammonia, and hydrogen in a glass flask. Then they applied electrical sparks to the mixture. Miraculously, amino acids came into existence amid the roiling mixture. It was a big deal.

But recently a team of researchers realized that–much like that first primordial soup sitting in a bowl of Earth–the experiment’s container played an underappreciated role. That perhaps it was also critical to the creation of organic building blocks inside their laboratory life soup.

I talked to someone from the team.

Saladino: I am Raffaele Saladino from University of Tuscia in Italy.

Vitak: Then, much like today, when a researcher goes to start an experiment often one of the first things they do is reach for their glassware. Well, today actually we use a lot of plastic as well

Saladino: But 20 years ago in the lab, only glass containers because in the mind of the researcher glass is inert.

Vitak: He said inert, meaning that it doesn’t react with the chemicals you put inside it. But in reality that is not necessarily always the case.

Most of the time glass is pretty inert. When you’re baking with pyrex (which is made of borosilicate glass, the same type of glass most labware is made out of) the cookware isn’t going into your brownies. But when you’re baking whatever is in the pan is usually mostly water so it will come at a pH of around 7 or so.

But the pH of the Miller-Urey experiment is much higher. In the original experiments they used a pH of 8.7 which is more alkaline, or basic.

Saladino: Why alkaline environment is an important topic? Since under alkaline condition borosilicate can be impacted through blinds in the reaction menu, it is not inert it became a reagent.

Vitak: In fact, this was actually noted by Miller in his original experiments–that the alkaline conditions caused the silica to dissolve. But it was overshadowed by the discovery of the synthesis of organic compounds. And as future researchers carried on they missed that point in Miller’s notes.

Vitak: And the role of the silica got forgotten entirely.

Dr. Saladino’s team wanted to see if the glass was doing anything in the reaction. To test this they set up three different versions of the original experiment where everything was the same except the containers. For comparison they chose teflon which does not dissolve when holding an alkaline solution, the way the glass does.

Vitak: Then they used a technique called mass spectrometry to analyze what each reaction produced. Mass spectrometry is great for figuring out what kinds of molecules are in a complex mixture.

They found that teflon produced very few organic compounds. There were more compounds in the teflon with glass pieces. But the glass container, by far, created the greatest number and largest variety of organic molecules.

The mechanism of exactly how the silica helps catalyze the reaction is not clear yet–but it is very clearly does.

The obvious question then is: Was there silica available in the early earth environment?

Saladino: The water is not suspended in a vacuum. No? The water is in geochemistry, it is surrounded by minerals. Borosilicate and silica are the most abundant minerals surrounding the water.

Vitak: The team has two next major objectives in mind. First, to try updating the experiment to model more closely the amount of silica that would have been available in the early Earth.

Second, they want to try replacing the silica with extraterrestrial minerals like, pieces of meteorite or rocks from other planets. Apart from just being very cool, that could give a more concrete idea of how to look for life in space.

But here on Earth, coming one step closer to fully understanding why we exist is that much more satisfying. Even after nearly 70 years, a key discovery in our complex origin story still carries new revelations. As the authors say in the paper: “The role of the rocks was hidden in the walls of the reactors.”

[The above text is a transcript of this podcast.]

A Visual Guide to the SARS-CoV-2 Coronavirus

Share this on WhatsApp Post Views: 4 For all the mysteries that remain about the novel coronavirus and the COVID-19 disease it causes, scientists have generated an incredible amount of fine-grained knowledge in a surprisingly short time. Thousands of different coronaviruses may inhabit the planet. Four of them are responsible for many of our common […]

That Thoroughly-Used-Up Kind of Life

Share this on WhatsApp Post Views: 0 Living your best life doesn’t depend on wealth, or even happiness, but a rich and complex experience Credit: Scientific American Mind November 2020 Advertisement Is there anything more American than the pursuit of happiness? Not merely written into the Declaration of Independence, it seems to be one of […]

Share this on WhatsApp Post Views: 0 Once again California is ablaze. A combination of hot, dry weather and a relatively rare lightning storm sparked hundreds of fires in the northern half of the state in recent weeks. Several of them exploded into major conflagrations—the kinds of intense, destructive fires that some research suggests will […]

What Immunity to COVID-19 Really Means

Posted on January 26, 2021 Author
We use cookies on our website to give you the most relevant experience by remembering your preferences and repeat visits. By clicking “Accept”, you consent to the use of ALL the cookies.
Cookie settingsACCEPTREJECT
Manage consent