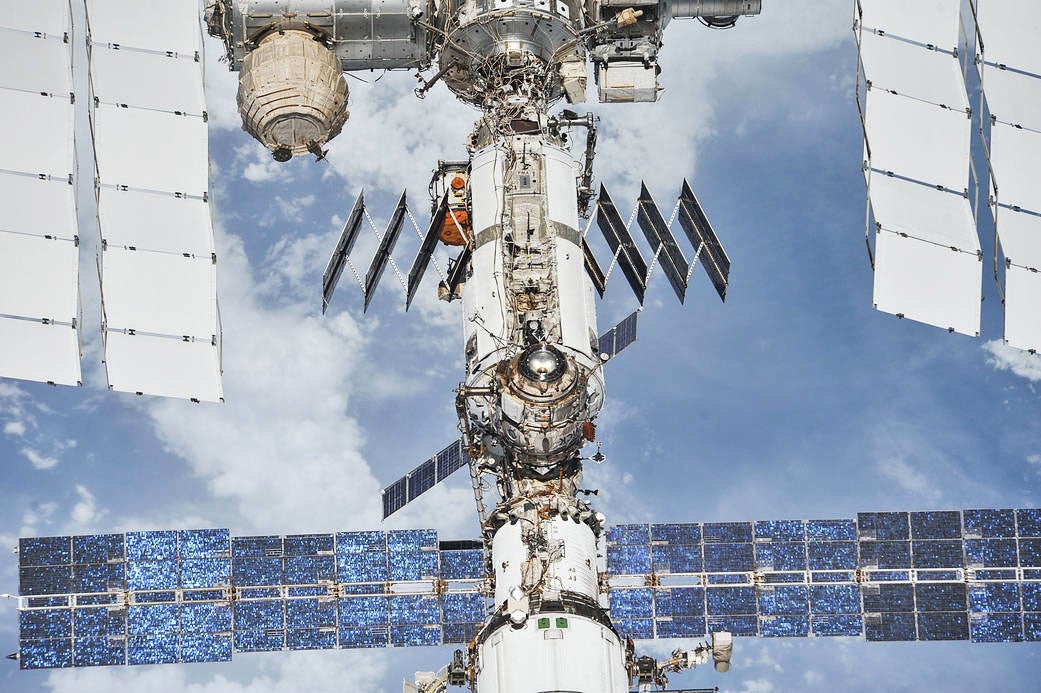 The risk of collisions in space, the fate of the United States in orbit after the space station retires and continuing debates over NASA’s path back to the moon dominated a two-hour hearing on Thursday (Oct. 21) held by a Senate committee focused on space and science.

The wide-ranging conversation came as the Senate and the House of Representatives attempt to reconcile how they want NASA to move forward. That debate hinges around passing not just an appropriations bill to fund NASA, but an authorization bill that can shape the agency’s activities.

She had sharp words in particular for the state of the Artemis lunar exploration program; Congress has long pushed NASA for more elaborate — and realistic — timelines and schedules. (Perhaps of note, the program’s 2024 target for a human landing on the moon was established in 2019, two years after the most recent NASA authorization act.)

“Why are we in a situation where the dates that are on a piece of paper right now make no sense?” Cantwell said. “Everybody knows that. So how is that a good strategy?”

But otherwise, the path to the moon made up a surprisingly small portion of the hearing — just a little chatter about how to approach the Human Landing System, which is currently stymied by legal objections from Jeff Bezos’ Blue Origin, which was not chosen for the program. (NASA went with SpaceX and its Starship transportation system.)

Instead, NASA’s currently operating human spaceflight program, its participation in the International Space Station (ISS), was a key topic of the hearing.

“NASA has yet to clearly define its needs for services after the ISS ends, nor does it plan to do so for some time,” Mary Lynne Dittmar, an executive vice president at Houston company Axiom Space, said during the hearing. (Axiom intends to fly a private module to the space station in 2024 as the seed of a future free-flying outpost, although Dittmar noted at the beginning of the hearing that her comments reflected her own views, not the company’s.)

Meanwhile, although many hope to see the space station last until 2030, engineering realities may cut that timeline short, increasing the risk of a gap in the U.S.’s ability to support humans in orbit.

“There’s no guarantee we’re going to make it to 2030,” former NASA Administrator Jim Bridenstine said. “We know it can’t last forever. How far can it last? I don’t think we have that answer.”

Bridenstine also cast doubt on how long authorities should expect it to take for another American-led orbiting facility to be available.

“We are not ready for what comes after the International Space Station,” he said. “Building a space station takes a long time, especially when you’re doing it in a way that’s never been done before, which in the future will be commercial.”

A second key topic of the hearing was the intertwined challenges of space junk and space-traffic management as low Earth orbit becomes ever more crowded. Bridenstine was particularly vociferous about the U.S.’s need to act on the situation, as he emphasized that all the statistics about collision rates are estimates — and likely underestimates at that.

“The challenge is much bigger than we know, but we know that we don’t have any idea what that risk is,” he said. A large part of that challenge is posed by communications megaconstellations, of which the most plentiful in orbit is SpaceX’s Starlink. “Yet we’re still launching and licensing these massive constellations without knowing what the risk really is.”

He also noted the U.S.’s poor standing to guide other countries on their use of orbit. “We don’t have the authority as a nation to turn around and tell other countries, ‘You’re not allowed to have your own constellation,’ when we ourselves are licensing exactly the same thing,” Bridenstine said.

Conversations about the number of satellites in orbit intertwine with those about the orbital debris that such satellites can become if they aren’t de-orbited in a controlled fashion, and the potential for resulting collisions. “When I have a nightmare, it’s usually about cybersecurity, but this is now equally imposing onto my sleep patterns,” Sen. John Hickenlooper (D-Colo.), said of orbital debris.

And here too, Bridenstine offered blunt words. “Everybody claims that they follow the guidelines that NASA creates,” he said. “In practice, do all nations follow those guidelines? Absolutely not. And so that’s a challenge.”

The politics of spaceflight

The hearing was framed as a discussion of “international collaboration and competition in space,” and plenty of the conversation revolved around how the U.S. spaceflight scene fits into the global picture. Those discussions particularly emphasized China and how the strained relationship between the two countries might play out in space into the future.

“China is playing the long game, make no mistake, bolstering their space capabilities through military-civil fusion and through the exploitation of weaknesses in the U.S. space industrial base and our glacial pace of acquisition and procurement,” Dittmar said.

“We face a formidable competitor,” Dittmar said. “American companies have admitted to losing customers to China as it employs strategies to undercut the U.S. commercial space sector through mechanisms such as state-backed financing that market-driven companies in the U.S. cannot compete with.”

China’s launch this year of the first module of its new space station raises the stakes of the continuing concern that the U.S. won’t have a new orbital facility in place before the International Space Station ends, she noted.

Throughout the hearing, speakers touched on larger existential questions about how space fits into the U.S.’s agenda and image, both at home and abroad.

Internationally, spaceflight is a powerful marker. “Space is a tool of diplomacy for this country,” Bridenstine said. “It’s something that every country wants, and we can help provide it.”

And while NASA has focused on its partnerships with the private sector, Cantwell raised concerns about how that might shape the agency’s image. “Frankly, it’s frustrating to me to see the spirit of NASA turned into the cheering of billionaires or competition with each other, because I’m pretty sure that that’s not what our mission of Artemis is about,” Cantwell said.

But what’s clear is that when it comes to the Artemis program, NASA is carrying the burden of history. Multiple speakers referenced the challenge that the string of failed proposals to send humans to the moon over the past few decades poses.

“There is great skepticism among both partner and rival nations relative to NASA’s ability to sustain a program to return astronauts to the surface of the moon,” Mike Gold, an executive vice president at space manufacturing company Redwire Space, said during the hearing.

And that skepticism points straight back to the role the legislative branch may look to play. “Without robust and ongoing bipartisan support, we will not be able to lead a global coalition to the moon, Mars or any other destination,” Gold said. “We cannot unite the world if we cannot first unite here in Congress.”

Copyright 2021 Space.com, a Future company. All rights reserved. This material may not be published, broadcast, rewritten or redistributed.

The Most Confused of the Scientific Branches

Share this on WhatsApp Post Views: 1 An experimental twist on the Schrödinger’s cat paradox could overturn cherished assumptions in metaphysics Credit: Scientific American Space & Physics October 2020 Advertisement Quantum researchers seem to have more theories than they know what to do with. Of the handful of options, take, for example, the many-worlds view, […]

Share this on WhatsApp Post Views: 0 If everyone had to rely on flash memory—the data-storage system used in memory cards and thumb drives—the amount of information that the world is estimated to produce by 2040 would exceed the planet’s expected supply of microchip-grade silicon by up to 100 times. To prevent such a crisis, […]

US Moderna and UK AstraZeneca vaccines officially approved in Japan

BTS reflects on gut-wrenching feeling of losing someone in emotional ‘Film Out’ music video : Bollywood News

Posted on May 18, 2020May 18, 2020 Author
We use cookies on our website to give you the most relevant experience by remembering your preferences and repeat visits. By clicking “Accept”, you consent to the use of ALL the cookies.
Cookie settingsACCEPTREJECT
Manage consent