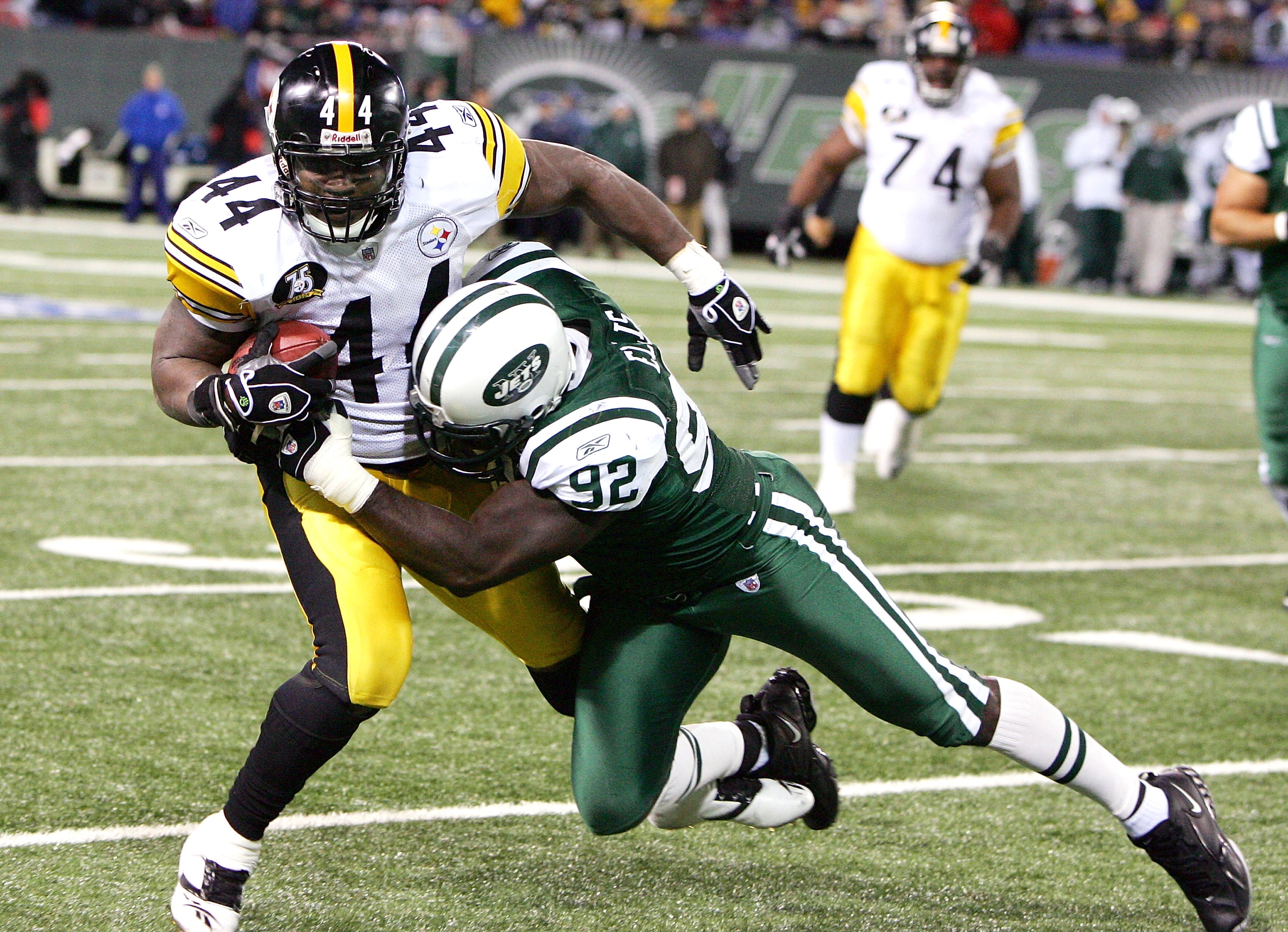 Editor’s Note (10/12/21): This story from July on the use of “race norming” in the National Football League (NFL) is being republished following the resignation of Las Vegas Raiders head coach Jon Gruden. Reports published in the Wall Street Journal and the New York Times indicated that Gruden used racist, homophobic and misogynistic language in numerous emails dating back to 2010.

In one e-mail from 2011, Gruden used an anti-Black trope to denounce DeMaurice Smith, the executive director of the NFL Players Association. “This is not about an email as much as it is about a pervasive belief by some that people who look like me can be treated as less,” Smith said in a statement on Twitter. “The email has also revealed why the comments by some with powerful platforms to explain this away are insidious and hypocritical. It is as if there is a need to protect football above the values of equality, inclusion and respect.”

On June 2, 2021, the National Football League (NFL) announced it would discontinue the use of race norming—the practice of assuming a lower baseline of cognitive abilities in Black players—in legal settlements for concussion-related injuries. For the past several years, Black former professional football players, led by former Pittsburgh Steelers Kevin Henry and Najeh Davenport, had been speaking out against the practice. Henry, Davenport and colleagues demonstrated that race norming was interfering with their ability to receive compensation and benefits from the settlement. Black retirees, who are overrepresented in the number of former players, staked legitimate claims about their impaired health after risking their minds and bodies for this American sport. Bottom line: the race norming practice limited Black players’ access to the compensation they were rightfully owed.

In 2013, the NFL settled for $765 million after more than 4,500 retired players brought concussion-related lawsuits against the league. In theory, approximately 18,000 former players were eligible to receive the settlement, which is meant to cover compensation, medical exams, further research, and legal fees for concussion-related neurological diseases such as dementia, Alzheimer’s disease, Parkinson’s disease and chronic traumatic encephalopathy (CTE). While this settlement seemed like a victory to some, Black players quickly found out that it would be harder to access these funds because the NFL required that cognitive tests used be adjusted for race. With this in mind, Henry and Davenport quietly filed a lawsuit against the NFL in the fall of 2020.

The June announcement was, rightly, met with shock that the practice had even been in use. But for those of us who are attuned to the actions and strategies of the most profitable and popular professional sport league in the United States, the news wasn’t much of a surprise. It is just the latest example on the laundry list of the NFL’s anti-Black, racist and discriminatory practices over the past decades. For the NFL, race norming depends on the belief that race is a binary, biological concept, and therefore that differences in Black bodies and minds are not only existent, but quantifiable. But they’re wrong on all accounts: race norming is an inherently anti-Black form of scientific racism that is evidence of slavery’s afterlife.

As Black feminist anthropologists—one who specializes in sport (Canada) and the other in medicine and public health (Carter)—interested in the social and lived experience of Blackness in the United States, we question how one’s interactions with the social world are influenced by one’s racialized experiences. The ways that Black football players navigate their time as current and former NFL athletes point to the continued social inequities that plague the league beyond claims of anti-Black racism. This is the same league whose cheerleaders accused it of gender discrimination. A league where only one player on an active roster has felt comfortable disclosing their sexuality as a gay man. A league where only three of 32 head coaches are Black and where some teams maintain racist caricatures as mascots. And a league where Black athletes account for more than 70 percent of the labor force on the gridiron.

When we reconsider the racial demographics of this situation alongside the plantation metaphors that riddle play in the NFL, then the injuries that athletes sustain, especially concussions and their side effects, can be classified, in the words of Saidiya Hartman, as the afterlife of slavery. And these injuries, vis-à-vis concussions and subsequent neurological disorders, are just one of the ways that anti-Blackness will continue to impact athletes long after they retire and are no longer affiliated with their professional teams. Often, these athletes’ lives are fundamentally changed by their experience with the sport.

In his investigation of the spectacle and business of hockey, scholar Nathan Kalman-Lamb writes of the structural importance of injury, pain and violence to a team spectator sport. And as despicable a notion as this is, it’s true. These are woven into the fabric of football. Largely for this reason, average NFL careers across all playing positions are only 2.66 years long. Thus, the tag “Not For Long,” from sociologist Robert Turner’s ethnography of NFL athletes, rings true as ever. Given the capitalist impulse of the league, these athletes are cared for just enough to protect the investment that has been made in their labor. NFL teams spent over $500 million on injuries in 2019, but the question becomes, whose bodies, injuries and health matter most to the league?

By requiring race norming to determine neurocognitive impairments in former players, the NFL acted as a racialized organization, as defined by sociologist Victor Ray, legitimizing the unequal distribution of resources to the majority of their players. Not only did this practice extend the NFL’s participation in anti-Black practices, it also allowed the league to live up to its capitalist ideals. By 2015, the agreement in the settlement had been updated to nearly $1 billion available for settlement claims funded by the NFL. Even with the NFL’s overwhelming financial prominence, race norming was one way the league could more closely moderate who was eligible (read: worthy) for a settlement. Yet, despite its contemporary uses, race norming can be traced back to plantation slavery, eugenics efforts globally and a long history of racial science used to justify the belief in inferior racial groups. These misguided scientific endeavors are rooted in an idea that Black people’s bodies are inherently different from white people’s bodies.

In nephrology, eGFR, another race-normed test, is the gold standard for measuring kidney function. This test measures levels of creatine and adjusts for gender, age and race. In 1999, a study developed a statistical prediction equation for eGFR based on race because scientists “determined” that Black people’s muscle mass “on average” was higher than white people’s—which they argued leads to higher kidney function. This deduction is not only flawed because race is not biological (nor is it genetically linked), but also because the muscle mass of living humans simply cannot be measured feasibly in clinics, according to nephrologist Nwamaka D. Eneanya.

Despite calls from the nation’s leading experts to end its use, the test continues to persist. Race norming practices in lung and kidney function mirror the NFL’s use of cognitive impairments. The impacts of these anti-Black practices within medicine are not just dire because of potential financial compensation but because there are real consequences on Black people’s health and well-being in this country.

Outside of these examples and off the gridiron, these findings about race norming are reminiscent of studies that show bias in pain treatment based on assumptions of biological differences between white and Black patients, unequal COVID-19 treatment and outcomes for Black patients, the ongoing Black maternal health crisis as Black women face higher rates of pregnancy-related deaths, the misdiagnosis of diseases like amyotrophic lateral sclerosis (ALS) in Black patients, and countless other ways that racialized and gendered biases influence the care of historically marginalized groups.

Recently, scientists announced an effort to study the connections between the NFL and ALS, the illness commonly referred to as Lou Gehrig’s Disease, after the famous Yankee baseball Hall-of-Famer. As of the writing of this piece, 13 former NFL players have come forward with an ALS diagnosis. In a league where 70 percent of players are Black and nearly 73 percent nonwhite, only two Black men with ALS have come forward, while the other 11 persons with ALS are white. These lopsided ratios suggest the ways that the environment, bias, structural inequities and racial capitalism in slavery’s multiple afterlives impact medical diagnosis and care—not simply who gets a settlement from the NFL.

Those who submitted claims for this concussion-related settlement are navigating the NFL’s anti-Black afterlife. Concussions are a major component of this, given they are underreported during play and so little is known about their long-term effects in living former players. Through this system, as Hortense Spillers suggests, the bodies of these Black players are reduced from their full humanity to merely flesh. We must continue to examine anti-Blackness in its full extent in order to keep Black bodies from harm, injury and, most importantly, a premature death, as we continue to live in slavery’s afterlife.

This is an opinion and analysis article; the views expressed by the author or authors are not necessarily those of Scientific American.

Share this on WhatsApp Post Views: 0 Hiral Tipirneni spent nearly a decade working in emergency medicine in Arizona. She started out 23 years ago at Banner Good Samaritan Hospital in downtown Phoenix, treating patients with broken bones, failing hearts and a lot of other problems. Then some health tragedies hit home. “Our family suffered […]

COVID-19 Vaccine Ethics: Who Gets It First and Other Issues

Share this on WhatsApp Post Views: 0 California last week adopted the first regulation in the world aimed at boosting sales of zero-emission trucks, marking a milestone in the history of regulating pollution from motor vehicles. The California Air Resources Board’s unanimous vote capped a marathon seven-hour Zoom meeting at which more than 130 people […]

Shanaya Kapoor to romance Gurfateh Pirzada and Lakshya Lalwani in her debut and it’s not SOTY 3! : Bollywood News

Ayushmann Khurrana sends his fans a token of love from North East after wrapping up Anek : Bollywood News

Global Cheese Market – A demand in the future

Posted on January 8, 2021 Author
We use cookies on our website to give you the most relevant experience by remembering your preferences and repeat visits. By clicking “Accept”, you consent to the use of ALL the cookies.
Cookie settingsACCEPTREJECT
Manage consent